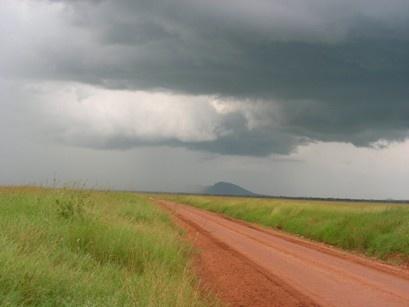 According to government officials, the country requires at least US$5 billion to construct more than 32,000km of road needed to make the country fully networked.

Most of these funds are expected to come from local and foreign investors.

South Sudan minster for roads and bridges, General Gier Chuang Aluong, said, “We are eager to bring in private investors.”

“A primary challenge facing the republic is to facilitate the restoration of transport infrastructure and transport services across the states and create commercial land transport markets.”

Bridge construction has also being given a high priority, because the bulk of the Nile’s seven tributaries are in South Sudan, resulting in the demand for huge investments in this area.

The government requires at least $390 million to restore 3.5km of key bridges at Pariak, Malakal, Gorial-Jur, Nasir and Sobat.

Detailed designs and feasibility studies have so far been completed for the 245km Kaya-Yei-Juba road, which has an estimated cost of $500 million. The designs for the 340km Nadapal-Torit-Juba road and the 450km Juba-Terekeka-Ramciel-Yirol-Rumbek road have also been completed.

In the recent past, development partners have boosted road construction in the country, although the involvement of private investors is critical.

The World Bank and the United States Agency for International Development (USAID) have funded the construction of 363km of gravel-engineered roads.

Countrywide, 5,000km of gravel roads have been constructed, according to the Ministry of Roads and Bridges.

Among the bridges that require the input of private investors is the Pariak Bridge, which also includes a 60km approach road. The bridge is expected to cost $250 million.

Officials have said that the total investment cost of bridges across the country has been estimated at around $395 million.

The total cost of these 3,670km high priority roads has been estimated at $6.05 billion with the average cost per kilometre at $1.65 million.

Other second priority roads include the 320km Kapoeta-Kissengor-Boma-Raad, which has been estimated to cost $488 million, and the $538 million 290km Malakal-Nasir-Jekou road.

The total cost of these 2,020km second priority roads would be $2.88 billion with the average cost per kilometre estimated at $1.43 million.

With less than 1 per cent of roads across the total road network paved, huge investment in road and bridges would prove vital for economic growth.

More than 30 million hectares of arable land is available, of which just 5 per cent is currently utilised. It is also estimated that the Nile alone could yield 150,000 metric tonnes of fish annually. Recent satellite survey has shown that South Sudan has more game than Kenya.

South Sudan is host to the fourth largest livestock herd in Africa estimated at 12 million cattle, 16 million goats and 12 million sheep. The country has between 82,000 and 100,000 hectares of mature timber in the thick forests of Yei, Yambio and Katireh.

The country’s GDP is currently estimated at $3 billion with livestock contributing more than crop to the national economy.

To woo investors, South Sudan has crafted a package of incentives that include duty-free imports of capital equipment, as well as other project inputs and spare part for the first five years.

Investors have also been offered full protection of their intellectual property, repatriation of capital and profits, protection against nationalisation, and dispute resolution in the local courts and international arbitration.