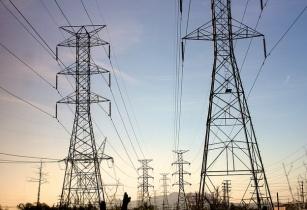 The plant will be constructed in Wellington in the east end of Freetown, according to government officials.

The West African nation produces very little electricity, and this has created a deficit for individuals and small-scale consumers, stated reports. Government officials also added that Freetown is in dire need of 100MW of power, and the upcoming CECA deal will be able to help provide the required power. The CECA, which is also developing similar projects in Namibia and Nigeria, will act as an independent power producer (IPP) and will sell the power it produces to the national power authority.

This is Sierra Leone's second major IPP, the first one being the Bumbuna Hydro-electricity Power Plant which was under expansion as part of an ambitious US$700mn project and was set for completion by 2017.

The project is expected to be completed in four years from its inception, stated Franklin Bai Kargbo, attorney general of Sierra Leone.

"This project in line with the government’s development agenda, after many studies had warned that the West African country was faced with a critical energy shortage," said Keifala Sheku Conteh, representative of APC Constituency.

"CEC has promised to supply to residential, commercial, government as well as the mines in Sierra Leone, and this is touted to be one of the largest private sector investments in the country."