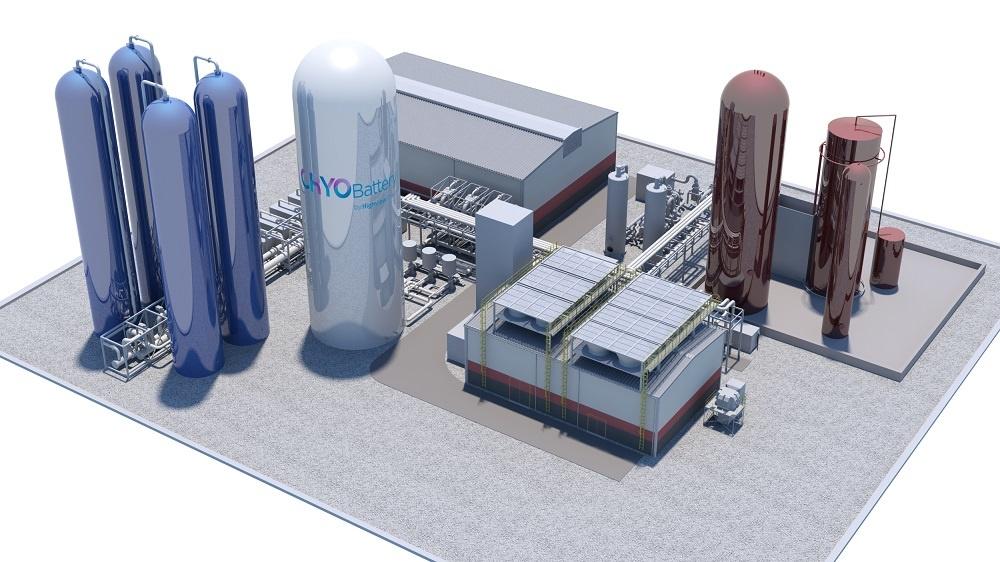 Javier Cavada, CEO and President of Highview Power spoke to African Review about the company’s cryogenic (air liquefaction) battery storage solutions and why they are a perfect fit for the continent

Highview Power, is a prominent player in the energy storage market, which is set to grow at a 20.1% CAGR from 2019-2026. Since it was formed in 2005, it has been committed to the development and delivery of cryogenic battery storage solutions. Its liquefied air plants are ideal for Africa as they can be installed anywhere without geographical constraints.

In 2019, the company went to the market with the aim of raising US$20-40mn in private investment for projects, utilising its cryogenic battery storage technology. The response from investors was so positive that they closed $70mm in growth funding, and as of today, they have secured more than US$145mn in funding and grants, culminating in more than 4GWh projects across the USA, Europe and Latin America as well as 700MWh of projects currently under development. Now Highview Power is eyeing the Africa market thanks to a US$13mn investment from Janus Continental Group (JCG).

Javier Cavada, CEO and President of Highview Power, has been overseeing the company’s meteoric rise in the energy storage market since his move from Wärtsilä two and half years ago. Cavada spoke to African Review on the merits of the company’s cryogenic battery technology and its potential usage in Africa.

“Highview Power was founded as a start-up, sworn to develop and deliver a well-known technology, the liquefaction of air, for use within the energy sector," Cavada said. “Air liquefaction is very much the same process you carry out to liquefy natural gas - you cool it until it becomes liquid at -196°C. The resulting cryogenic fluid (the liquid gas which in this case is liquid air) holds that energy inside. In this way you compress the air more than seven hundred times, seven hundred litres of air in one litre of liquid. This retains a very high energy density when you need the electricity back.

“When you have that liquefied air, and you can then heat it up by exposing it to the ambient temperatures and then it gasifies quickly which will then power a turbine, like a steam process, which is coupled with a generator. Technically it is a pretty straightforward concept.”

Outside of 2020 being a highly successful year for Highview Power in terms of investments, it also witnessed a renewed emphasis on decarbonisation and associated green targets, which Cavada welcomed.

He said, “All the commitments up to 2020 were quite mild commitments. People were suggesting 50% clean by 2050 but, really, we do not need to wait thirty years to decarbonise as the technology is available now and it is cost-effective. It costs less to change than to remain as we are. There are forces and lobbies trying to get us to remain in our relationship with fossil fuels but 2020 was a paradigm shift in everything. I am pretty confident 2021-2030 is the decade where the commitments and partnerships to realise net zero by 2050 will be made.”

Cavada also noted how cryogenic technology complemented this transition. He added, “The main energy companies call our technology ‘pumped hydro in a box’ and that is how we have been making it. You can deploy over 1GWh without geographical constraints. There is no combustion, no emissions and no rare materials needed. All it comprises is some piping work, compressors and a generator, so it is pretty simple. Our mission is to enable a world that is grid powered by solar and wind, not fossil fuels, and this technology will help us achieve this.”

With the investment from JCG, Highview Power will be entering the African market for the first time.

“Africa is an enormous continent with a very weak grid without total access to electricity. There is an enormous challenge there in facilitating more access to clean electricity. Solar for Africa is a pretty obvious solution, but you need to be able to get to clean electricity 24/7 and with solar you are only guaranteed just over six hours of generation a day (maybe up to nine hours in the summer),” Cavada continued.

“When there is not enough solar, you can deploy these liquefied air facilities. The good news with the cryogenic technology is that it is not linear and you can scale it up enormously at a very low cost. Once you have the plant you can increase the amount of hours just by adding tanks (the cheapest part of the whole plant), you do not even need new generators."

“This is where it comes to JCG, our partner and investor. They have shown the capital capability to build a gas terminal and LNG infrastructure and our system is way simpler. Every city wants its own hydro plant, but obviously you can’t have this without water, but with our technology you can have one. In sub-Saharan Africa we see enormous potential going forward but you need to do this on a large scale, from 250MWh, you cannot just run it like a battery in your house. It is to help power the whole of a mine, a factory or a city, it needs to be big. 50MW for six hours can give power to 100,000 people in Europe, so in Africa you could provide power to many more due to the lower energy consumption.”

Cavada continued to discuss key African countries and regions where he envisions the cryogenic batteries being utilised first, “Mozambique, Tanzania, Kenya and South Africa are key areas where there is industry and everything is produced locally. To develop a facility with us, you will buy the turbine and some compressors from Europe but the piping, welding, construction; everything else is done locally. It is like an old combine cycle or dust turbine but without combustion and gas. It looks pretty good and it is clean.”

Looking to the future

Speaking on the forthcoming year, Cavada said, “This year 2021 is going to be a year of lead creation and pipeline creation. We expect by the end of this year to go to the market again to raise a similar size in capital but with a higher value, as this is growing very fast. We are looking at achieving a further investment of US$100mn to up to US$1bn in projects.”

Focusing on Africa, Cavada added, “By the end of this year we should have our first couple of projects situated in the region of the Great Lakes of southern Africa where we will be able to achieve investment decisions. In the coming two years, we will announce our first couple of 100MW projects on the continent. For us Africa is an early market that we could not develop and shape without a strong partner, so I want to highlight the importance of the investment of JCG. With that partnership we will deliver huge clean technology and renewable storage projects into the continent.”