The second PPP MENA Forum kicks off with US$3.2 trillion worth of construction opportunities 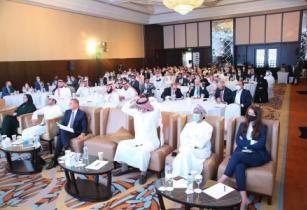 Around 30 experts discussed ways and means to achieve greater public-private partnership opportunities. Emphasising on the social and sustainable public-private partnership, Nasser Massoud, chairman of the second MENA PPP Conference and specialist in Social Sector PPP, said, “For every US$1bn spent in projects, 168,000 jobs are created with a 0.48% growth in GDP that in turn creates 442,000 jobs indirectly. According to the World Bank, MENA Countries have been spending less than 3% of their GDP on public projects. This needs to be increased to 8.2% of the GDP by 2030 – in order to accelerate the economic growth.”

Governments of the Middle Eastern countries are increasingly relying on private capital and private sector resources to build and expand infrastructure - in the roads, highways, bridges, utility, energy, power, aviation and telecom sectors. Across the MENA region, PPP pipelines are either in full flow, or are primed to admit a slew of new projects under a climate of increasing cooperation between the public and private sectors.