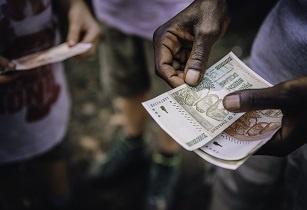 Hosting the two-pronged debate, Samantha Payne, editor of African Review of Business and Technology, began the session by asking the panellists to explain the unique investment opportunities presented by Southern Africa.

Clario Chauraya, chief financial officer at Doves Holdings, took up this challenge by observing that the region is naturally endowed with fertile soils, a wealth of natural resources (which largely remain untouched) and an accommodating climate including an abundance of sunshine. Such natural advantages present a number of impressive opportunities for the development of industries such as mining, construction, agriculture and energy (in regards to both fossil fuels and renewables).

Chauraya noted that whilst this is being taken advantage of to a degree, there remains room for further development including opportunities in mineral refining and agricultural processing in order to properly exploit resources locally, and reap the benefits closer to home. Alongside this, the development of road networks and housing to support a growing middle class is an attractive area for investment now.

Chauraya added that various governments in the region are currently working hard to attract more foreign direct investment, and pointed to the establishment of investment agencies and authorities that would inform potential investors of prospects in respective countries, a capital gains tax and tax incentives including deductibles for imported equipment.

Nicola Comninos, group chief risk officer of the Johannesburg Stock Exchange, said that Africa has just under 30 stock exchanges representing 14 nations; nine being members of the World Federation of Exchanges. Comninos said, “There certainly are various vehicles and investment structures that one can access in order to trade in these markets.”

Jowayne Van Wyk, CFO and executive director of AEEI Group, added that the fourth industrial revolution has been accelerated by Covid-19, and that it is a good time for investment and scaling of both agribusiness and technology in the region. He also added the importance of social investment “which will ultimately become the biggest part worldwide in the future, because as soon as you invest socially into a community your business starts growing.”

With such tangible opportunities on the table, the panellists turned to BVI corporate structures which can allow investors to maximise growth and mitigate risk in southern Africa.

Nicholas Kuria, counsel at Conyers Dill & Pearman, commented that the BVI can play an integral role in Africa’s long-term development, highlighting the BVI’s reputation for tax and commercial neutrality, its role as a platform for international joint ventures, and a strong record for cross-border structures for development finances.

Kuria said that BVI’s viability is further supported by financial services products, such as the regulatory sandbox, which is specifically designed to support and facilitate investment, is open to foreign companies, and has a generous testing period of 18 months, with opportunity for an extension.

Kuria added that BVI law and BVI companies are recognised by lenders and facilitators across the world, a sentiment which was acknowledged by Adenike Sicard, managing partner at Sinclairs BVI who commented “BVI corporate structures are known globally.”

For businesses wishing to scale up quickly, Sicard noted that BVI’s funds products are viable, adding that the BVI is a jurisdiction of choice for funds, has an established funds regime, and is experienced in the funds business.

Sicard also highlighted the use of BVI incubator funds for speed, economy and ease. She said that incubator funds use light touch regulation, easy to set up and while they are suitable for sophisticated investors, they are mainly used by investment managers who are eager to create a track record.

Inherent alongside investment is risk. Greg Boyd, partner at Harneys, commented that whether it is geographic, health, political, or whatever a risk profile will always be considered by the investors before a decision is made. Some of these risks relate to the corporate mechanics or machinery that is used and this is where BVI can play a role, especially with inbound investments.

The robust regulatory regime, the BVI Companies Act, along with the jurisdiction’s technological advances, help with both mitigating risks and ease of doing business. Boyd referenced the electronic registry, which is accessible to end users around the globe, and the Electronic Transactions Act that facilitates electronic filing of documents.

Also highlighting why the BVI is attractive in mitigating risks, Matthew Gilbert, partner at Maples Group, London, said that the BVI is a democratic, self-governing British Overseas Territory, with a business friendly government and global ties to leading trading nations. He noted that the BVI has a strong compliance culture and is cooperative with international regulatory authorities.

To hear more and view the the full session, click here.

On the 30th September attention will switch to West Africa with a new CXO Roundtable hosted by African Review and BVI Finance. To register for this click here.