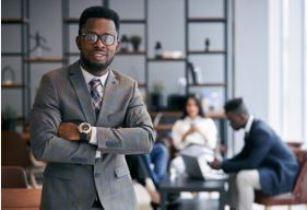 Tanzania is among the world's 10 fastest-growing economies at the rate of 6.8 per cent, according to the 2020 African Economic Outlook report

East Africa maintained its lead as the continent's fastest-growing regions, predicted with an average growth estimated at five per cent in 2019; North Africa was the second-fastest, at 4.1 per cent, while West Africa's growth rose to 3.7 per cent in 2019, up from 3.4 per cent the year before.

The report highlights that Tanzania's growth is projected to be broadly stable at 6.4pc in 2020 and 6.6pc in 2021, subject to favourable weather, prudent fiscal management, mitigation of financial sector vulnerabilities, and implementation of reforms to improve the business environment.

The report, prepared by the African Development Bank (AfDB), further observes that tourism, mining, services, construction, agriculture and manufacturing are notable sectors in the country. The growth fundamentals are improving, noted the report, with a gradual shift from private consumption toward investment and exports.

Tanzania’s inflation fell to an estimated 3.3 per cent in 2019

According to the outlook, early signs of slow but steady structural transformation in key sectors include the continued shift of labour from agriculture to services, and even to industry.

Poverty, inequality and youth unemployment persisting despite the robust growth

It is proposed that policy actions should include measures to improve both the quantity and the quality of education and align education policy with labour market needs. This requires expanding access to schools in remote areas, increasing incentives to invest in education, developing a demand-driven education system that caters to employers' needs, investing in nutrition to help poorer children.