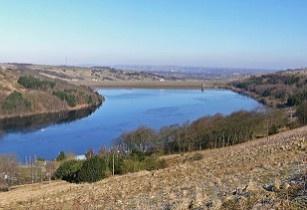 The Ethiopia-Djibouti cross border potable water project is ready to start operation in about three months, with expecting to provide safe drinking water to more than 700,000 Djibouti nationals

The water project has been funded by the Export-Import Bank of China, with the construction being made by Chinese construction company CGC Overseas Construction Co Ltd (CGCOC).

Demelash Mulu, the project manager, said in a statement that the development of the project was tested three weeks before and proved successful.

The construction of the Ethiopia-Djibouti water project was launched in July 2015, with a total cost of US$329mn, aiming to solve the drinking water problem in Djibouti and to deepen its ties with neighbouring Ethiopia.

During the launching of the project in 2015, Ismail Omar Guelleh, the president of Djibouti, lauded the existing partnership between Djibouti and China as a major driving force for the completion of the project.

The project includes the construction of water wells, reservoirs as well as installation of 102km water distribution pipeline to supply groundwater from Ethiopia's Hadagalla town to Djibouti's key towns of Ali-Sabieh, Dikhil, Arta and the capital.

With 200mm of yearly average rainfall in most parts of its national territory, Djibouti has always been considered as a country suffering from chronic water stress situation.

With completion of the project, the Djiboutian government expects that the country will be benefitted with 100,000 cu/m of water daily for the next 20 years, which will end the year-long water problem in the horn of African country.