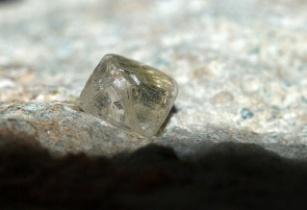 Bruce Cleaver, CEO from De Beers, and HE Sadique Kebonang, minister of mineral resources, green tech and energy sector in Botswana share how their unique partnership has contributed to Botswana becoming one of the fastest growing economies in the world

Sheila Kama: How do you see the Kimberley Process contribution to responsible sourcing of gem diamonds?

HE Sadique Kebonang, minister of minerals: I think it’s safe to say through the Kimberley Process we have seen the elimination of illicit diamond trading. As we stand, 99 per cent of the diamond that has been traded is free from illicit trading and we think the Kimberley Process (a government-led certification scheme which unites administrations, civil societies, and industry in reducing the flow of conflict diamonds) has helped in this process and continues to help. It is our view that once we share the same objectives, we will able to achieve much more.

Sheila Kama: What does the role of private corporations mean in improving the Kimberley Process and something about nation states are not able to address?

In the industry and in De Beers, we’ve focused since the launch of the Kimberley Process on how we take on the Kimberley Process and make it even better. We are very proud of a set of standards called Best Practice Principles, which are standards which don’t just require the people upstream on the mining side but also our customers in the middle and downstream end.

Sheila Kama: Botswana is only a handful of countries that the World Bank classifies as a middle-income country. What does sustainable mining mean for your country’s economy?

HE Sadique Kebonang, minister of minerals: For us, sustainable development means that we have to take into account the interest of the current generation with the interest of the future generation in order to come up with a balance. Therefore whatever we do, we have to make sure that is sustainable. It is meant not only for now and to take into account tomorrow. It means safe mining standards.

We have to make sure that we use the funding, the money from the endowment revenues, for the future and invest in development. That means we will still have money when mining is finished and we have other resources, which we have been able to get thanks to the sustainable mining activities.

Are manmade substances a threat to your industry? Can we presume that somewhere in the future that diamonds might be substituted for other substances?

Bruce Cleaver: It is possible to manufacture synthetic diamonds in a laboratory which are at least to the naked eye the same as natural diamonds despite being very different. Firstly, I think that it is important to state that this issue of synthetics is not new. It’s been around in the industry for 10-15 years. There are two types of synthetic diamonds. The first one is called undisclosed where people manufacture and try distribute the diamonds without disclosing it.

At De Beers we have invested strongly in technology which has allowed us to continue to detect on a 100 per cent basis a synthetic diamond to a natural one, so I don’t think that there is concern there. There is another part of the synthetic question that you are asking, which is the sale of synthetics which is disclosed and we don’t think there is an issue with people selling disclosed synthetics. For us though ultimately, there is a big difference between a synthetic and natural diamond. They don’t occupy and will not occupy in the future the same space in the consumer’s mind.

The other side to that, is the synthetic issue, effectively you can manufacture a synthetic over six weeks. We think that consumers will find a place for synthetics which will be fashion jewellery. They are something which is fun and fashionable but something which is not at all the same as the natural. The reason for that is because it was made in six weeks. It can’t be the same as a natural diamond, which is so rare and was made by the miracle of nature between one and four billion years ago.

Some people have argued, however that environmentally, synthetics may well be a better alternative to natural diamonds – what is De Beers’ response to this assessment?

Bruce Cleaver: You need to look at the unbelievably good that diamonds have done, particularly in Africa. If you look at the position of Botswana economically in 1966 when independence was gained and if you compare that with the country’s position now, it is the fastest growing country. Its compounded annual GDP growth rate between 1966 and 2014 was the fastest growth of any country in the world. That is testament to the good that can be done by mining a resource, but by doing it in a responsible way, with the government leading the way. At the time of independence, Botswana had 6km of tarred roads, now it has 6,000km. These are all the amazing things that diamonds have been able to do for a country.

Can you explain why your partner countries; Botswana, South Africa, Namibia, struggle so much to achieve beneficiation of diamonds?

Bruce Cleaver: I think all producer governments have a completely legitimate interest and we support this interest, in maximising the value of the revenue of a mineral from an extractive industry where it is a finite commodity, or in the case of diamonds – a finite luxury product. We totally support the principle that as much economic value should be captured in the country. We have been at the forefront of working with our producer partner governments in creating a sustainable as possible local beneficiation industry.

It is an industry where in the country that the rough diamonds can be cut and polished and turned into polished diamonds, are ultimately sold in the international markets. It is very important that all the local beneficiation that we try to support is sustainable and creates long-term sustainable jobs. India is the biggest country in the world in terms of cutting and polishing of diamonds, ‘the beneficiation of diamonds’. In certain respects, it is difficult for cutting and polishing businesses in producer countries to compete economically with India.

The cost of labour is highly-flexible and specialised, which means generally speaking that very small diamonds are not always economic to cut and polish in a producer country. But our policy when working with partner governments is to ensure all diamonds mined in a country that they are economically cut and polishable in that country are always offered for sale to be cut and polished in that country. It is important for us to create sustainable beneficiation industry and between the three countries we are heavily invested in southern Africa. We are very proud that between them there are 25 cutting and polishing factories.